Over a three-week period in March 1843, Annabella Innes recorded a comet’s passage through the night sky. As well as describing its appearance, she noted people’s reactions to the event.

The comet’s journey was recorded by astronomers, journalists and artists across Australia and the Southern Hemisphere. A letter to the Hobart Colonial Times commented, ‘There is a great doubt in the public mind as to this phenomenon, and many people will not believe that this is a comet … if a comet were so close to the earth as this meteor evidently is we should stand a good chance of being well roasted’. 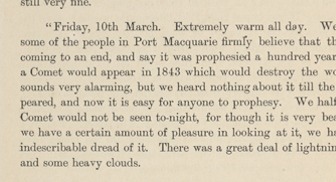 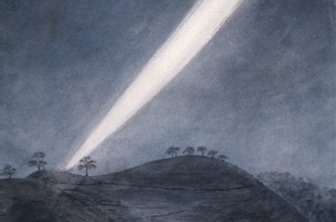 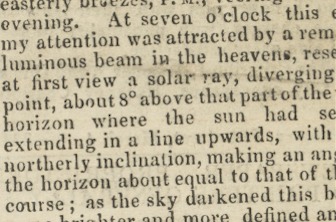 Zoom Newspaper excerpt from the meteorology report in the Sydney Morning Herald, 8 March 1843 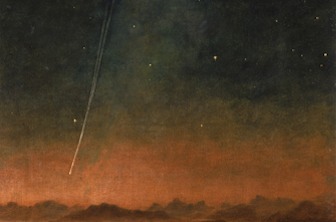 Zoom A painting of the 1843 comet by astronomer Charles Piazzi Smyth from the Royal Observatory, Cape of Good Hope, South Africa 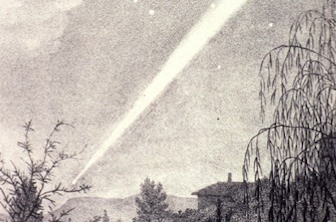